Latest Articles
Home News Bera: The Indian village where man and leopard have co-existed for more than a century 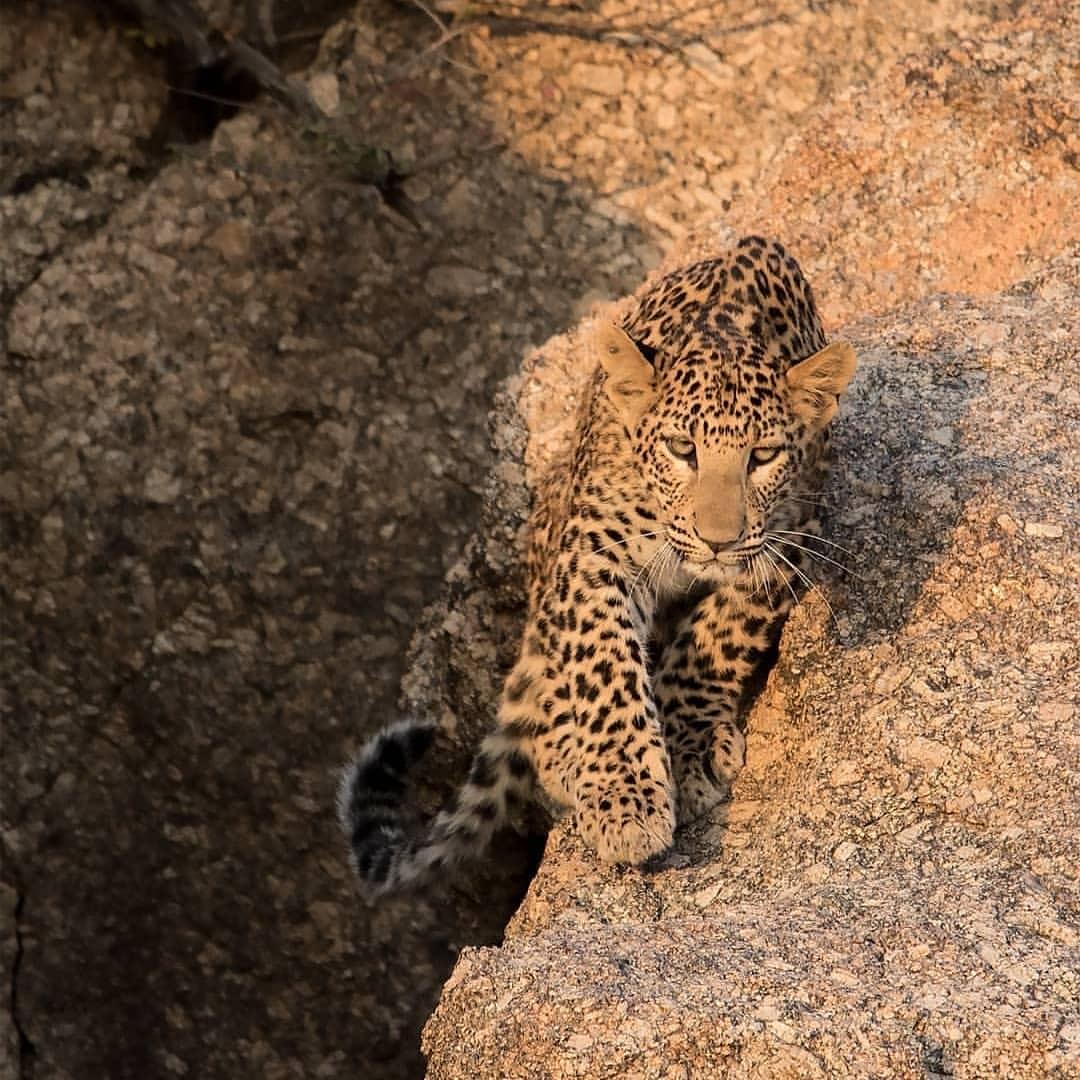 Bera: The Indian village where man and leopard have co-existed for more than a century

Bera, a quaint town in India’s desert state of Rajasthan, lies between the tourist hot spots of Udaipur and Jodhpur. Its stark landscape, set against the backdrop of the craggy Aravalli Hills, is peppered with maize and mustard fields as well as thatched-roof hutments. The surrounding forests teem with unique plants and animals – a variety of cacti, towering kikar and palash trees and other desert species. Hyenas, hares, foxes and wildcats pad around in the bush.

Bera is also an ornithologist’s dream. It’s home to more than 200 species of bird, including pelicans, greylag geese, robin accentors, demoiselle cranes and Indian partridges. Langur monkeys and peacocks also pop up unexpectedly. Crocodiles, some as large as 15 feet, float in the Jawai Dam, built by the former maharaja of Jodhpur, Umaid Singh.

But what makes Bera truly unique is that it is perhaps the only natural environment on Earth where leopards – one of India’s most feared predators – and humans have lived harmoniously for more than a century.

Frequently referred to as “leopard country”, Bera contains the highest concentration of the animal on the planet. About 90 of the big cats live here amid the thorny desert scrub, coexisting peacefully with the native Rabaris, a shepherding community who migrated to Rajasthan from Iran through Afghanistan a thousand years ago. The tall, lithe tribesmen can be seen herding cows and sheep, wearing white dhotis, red turbans and silver amulets, their long sticks resting on their shoulders. Most of them sport long, thick moustaches, often twirled into creative shapes.

The word Rabari, which means outsider, also defines the tribe’s nomadic existence as herders and migrants. Worshippers of the fiery Hindu god Shiva (always depicted wearing leopard skin), the community traces its origins to the Himalayas, where, they believe, Shiva and Parvati created them. The Rabari say Shiva and his consort Parvati, who were inhabiting Mount Kailash near Lake Manasarovar, craved human company in their solitary abode. So Parvati asked Shiva to create people, which is how the Rabaris came into existence.

About 11,000 Rabaris inhabit Bera’s plains, according to the last census in 2011. “Traditionally, our community kept camels, but nowadays we also rear flocks of sheep and goats,” says Mangta Ram, 65. “We’re a close-knit community; everybody knows everybody. Our customs, mythology, history and ancestral heritage mean everything to us.”

The community’s remarkable coexistence with leopards is down to a deep spiritual connection, the locals believe. “The Rabaris treat the beasts as their guardian angels and worship them,” says Dilip Singh Deora, who runs Jawai Wild Camp, a safari company in Bera. “When leopards kill the Rabaris’ livestock, the community doesn’t hold it against the predator. They believe Shiva will increase their cattle manifold and treat the killed livestock as an offering to the lord himself.”

The predators can be spotted perched on rocky outcrops or prowling around the numerous Devi temples that have mushroomed in and around Bera’s 10 or so villages. “Many tourists get a shock when they see leopards moving around the village temple freely, even as the priest conducts his daily rituals unfazed,” Deora says, smiling. “But this is how life has always been in Bera.”

Because of the thriving leopard population, local safari packages come with a guarantee: “Spot a leopard or your money back.” Despite the increasing number of tourists, researchers and ornithologists appearing here over the years, there have been no attacks on humans in Bera for more than a century, except for a lone snatching of a child. Even then, the leopard quickly abandoned the child and scampered back into the bush.

This man-animal dynamic is unique to the town. In other regions across India, big cats – especially leopards – are known to attack human beings as they come under increasing threat from a loss of habitat, poaching, rampant construction and unregulated tourism in unprotected areas.

India is home to about 14,000 leopards, and like all wildlife in the country, they are protected by law. But reports of leopards being attacked or killed while foraying into urban settlements are becoming increasingly common around cities such as Delhi, Bengaluru and Mumbai, says Raman Tyagi, a wildlife expert. “This situation has created several man-animal conflicts. The hilly state of Uttarakhand, for instance, has a well-documented history of leopard conflicts, as noted by wildlife explorer Jim Corbett in his books.”

Bera, though, has been free of such strife. Its undulating granite hills, expansive fields and cool caves offer the leopards a comfortable habitat to move around in and rear their young. It helps that the government declared Jawai Dam a leopard conservation area in 2003, to protect the landscape and the leopards’ habitat, says Dheeraj Mali, a Bera wildlife photojournalist who has been documenting the predators for more than six years.

Mali thinks Bera’s leopards have adapted themselves to the presence of humans, and changed their innate behaviour over several years to become less predatory. “Even during safaris there have been no reports of conflict between the animals and tourists, despite a proliferation of tours and a surging number of visitors,” Mali says.

Even though the Rabaris remain anchored in their customs, many of them – especially the younger generation – are gradually eschewing its nomadic lifestyle. Some have migrated to cities for better job opportunities, while others are employed in the local tourism and hospitality sectors.

“Tourism is welcomed by the Rabaris because it provides an additional revenue stream apart from farming and shepherding,” says Deora. “Men are employed as trackers and alert hotels to leopard sightings. Some also work as naturalists as they are well-acquainted with the region’s biodiversity. They also work as guides and showcase their lifestyle to tourists. The women share their knowledge of Rabari food and culinary secrets with ladies. Some also work in hotels as housekeepers, maids and cooks, earning salaries for the first time.”

And in these fraught times, when climate change, deforestation and anthropogenic factors are increasingly spurring man-animal conflicts, Bera’s story sends out a powerful message about tolerance and respect between fellow living beings.

SEO experts study a website’s metrics, which is basically the science of measuring a website’s trends and events, such as user clicks. Based on the metrics analysis, SEO experts are able to suggest ways to improve webpage ranking and authority.