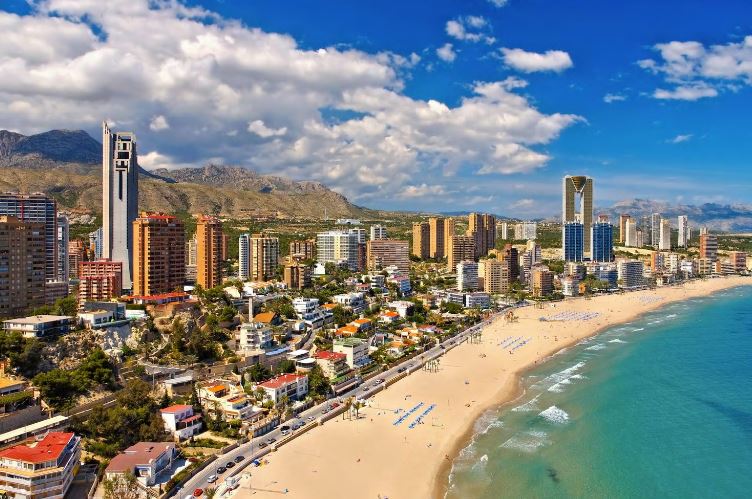 These 6 countries are cautiously reopening for summer travel

Posted By: Editorial Teamon: May 21, 2020In: NewsNo Comments
Print Email

After months of lockdowns, European leaders are preparing to lift some coronavirus-related travel restrictions and allow tourism to resume — cautiously.

“Our message is we will have a tourist season this summer,” European Union economic affairs commissioner Paolo Gentiloni told the BBC last week, “even if it’s with security measures and limitations.”

Those E.U. measures include updating health protocols for hotels and public transit and expanding contact-tracing between member states. The goal, according to a news release from the European Commission, is “to help the EU tourism sector recover from the pandemic, by supporting businesses and ensuring that Europe continues to be the number one destination for visitors.”

There are some overarching regulations, chief among them that non-European tourists will have to wait until at least June 15 to begin their visits. But much of the loosening of restrictions will be left up to individual nations — the United Kingdom, France and Ireland, for example, have agreed to allow travel among them without requiring a 14-day quarantine in the final destination.

Here’s what other countries on the continent, along with a few top non-European travel destinations, are planning.

In the Spanish beach town of Canet d’en Berenguer, outside of Valencia, officials are accounting for social distancing with a system allowing beachgoers to book appointments on the sand via mobile app.

The beach will be divided into a grid of socially distanced sites, with staggered arrival times and the option to choose either a morning or afternoon slot (but not both). In all, the restrictions will allow for a maximum of 5,000 people per day, about half of the beach’s normal capacity.

When Iceland reopens its borders June 15, it will require all visitors to either take a covid-19 test, agree to a two-week quarantine or present official documentation of a recent negative test.

Regardless of which option they choose, tourists will have to download a contact-tracing app. Iceland has tested more than 13 percent of its population, higher than any other country in the world.

Indeed it has: Iceland has reported just 10 coronavirus-related deaths since the pandemic began. On a late afternoon friends and families enjoy the view by the sea in Glyfada. (Myrto Papadopoulos/FTWP)

Greece will open to tourists a bit later, starting July 1, but the nation’s usual packed nightlife scene probably won’t be a part of it. Solo or socially distanced small-group activities, such as kayaking and boating, will be encouraged instead.

“The tourism experience this summer may be slightly different from what you’ve had in previous years,” Prime Minister Kyriakos Mitsotakis told CNN. “Maybe no bars may be open, or no tight crowds, but you can still get a fantastic experience in Greece — provided that the global epidemic is on a downward path.”

Every international traveler to Greece will have to enter through Athens and submit to a health screening, which includes a rapid covid-19 test.

Beaches across Mexico will open to tourists starting in June, with multiple phases of reopening continuing through July and August. Los Cabos, the tip of the Baja California peninsula that includes popular spring break destination Cabo San Lucas, will allow for limited travel beginning June 1, as health screenings and enhanced sanitation measures ramp up to accommodate more tourists late into the summer.

The Los Cabos tourism board said it will look to open many of the area’s hotels and, eventually, the international terminal at its airport, provided the new safety protocols are effective in preventing the spread of the virus. Cancun and Riviera Maya will also reopen in phases in anticipation of interest from Americans, despite the U.S. State Department’s ongoing “Level 4: Do Not Travel” advisory.

“For those looking further to international destinations, the overarching theme [in online searches] seems to be relaxation and beach time, with Mexico and the Caribbean dominating the list,” an Expedia spokeswoman told Travel + Leisure. On the other side of the world, Australia and New Zealand are experimenting with the idea of a “travel bubble” that would allow tourists to travel freely between the countries, which have both had relatively few deaths. The bubble, however, would apply only to residents of the two countries,

“Our number one focus at the moment is making sure that both our countries are in the position where we’re domestically managing covid-19 to a point where we can with confidence open borders,” New Zealand Prime Minister Jacinda Ardern said at a recent news conference.

For now, international tourists will have to wait. But if you want to buy your plane tickets to Sydney way ahead of time, you may never find a better rate.

More experience comes with more clients, and it is the job of the TOP Platform team to find you those clients. With experience under their belt, the team at TOP Platform helps you every step of the way as a vlogger or video creator.