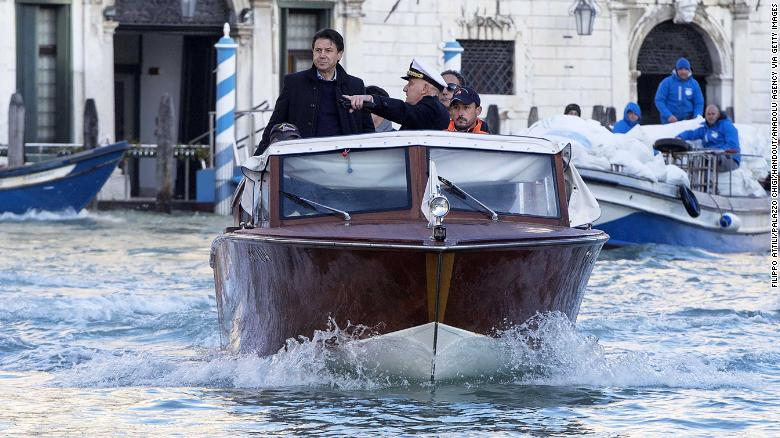 Venice was suffering over-tourism, an aging population and sinking foundations. Then the floods came

Posted By: Editorial Teamon: November 14, 2019In: News2 Comments
Print Email
The popular tourist destination has been hit by the worst flooding in 50 years this week, resulting in damage worth hundreds of millions of euros. Italy’s Prime Minister Giuseppe Conte said a state of emergency would be declared on Thursday because of the disaster.
The flooding came at the worst possible time for Venice. The city is struggling with unsustainable overtourism, its historical buildings are sinking at an alarming rate and the population is dwindling.

Italian Prime Minister Giuseppe Conte on a boat as he visits the flood-affected city of Venice on November 14, 2019.

The lagoon city was struck by an exceptionally high tide on Tuesday night, causing the worst flooding since 1966. Many of its most precious sites have been damaged.
Read More
The Patriarch of St Mark’s Basilica Monsignor Francesco Moraglia said he had never seen flooding like this at St. Mark’s Square. “There were waves as if we were at the beach,” he said.
Venice Mayor Luigi Brugnaro said the damages were “enormous, hundreds of millions of euros.”
The Italian government is building a complex flood defense system to protect Venice from flooding. But the multi-billion project has been under construction since 2003 and has been delayed a number of times.
In October, the Consorzio Venezia Nuova, the consortium in charge of the project, confirmed another delay, this time because of vibration in some sections of the drain line pipes. 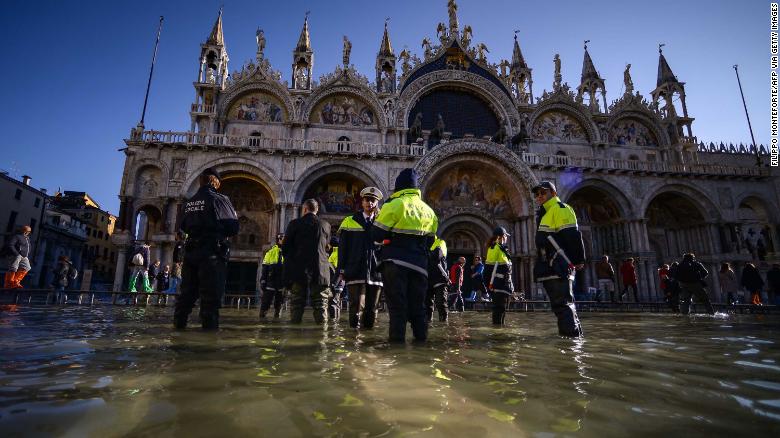 Climate change
In a tweet, Venice’s mayor Luigi Brugnaro blamed climate change for the unusually high tides, which he described as “a wound that will leave a permanent mark.”
While scientists can’t definitely blame an individual event on climate change, they say that extreme weather events like flooding or wildfires are happening more often because of climate change.
Venice, already struggling with high tides, is particularly vulnerable to any further rise in the sea levels.
Global sea levels are expected to rise between two to seven feet (0.6 meters to 2.1 meters) — and possibly more — over the course of the 21st century. For Venice, this would be a disaster, leaving its streets completely submerged. 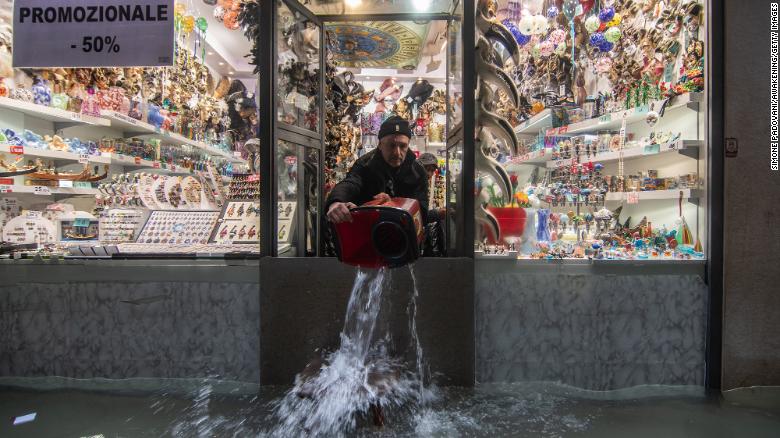 A shopkeeper throws out water from his shop during an exceptional high tide on November 13 in Venice.

The flooding risk is made worse by the fact that Venice itself is sinking.
Recent studies using GPS data and radar images determined that various parts of the city and its lagoons are still sinking by between 1 and 4 millimeters (0.04 and 0.16 inches) a year, and the whole city is tilting to the east.
Scientists used to think that much of the sinking was caused by the artificial pumping of ground water from beneath the city, which led to sedimental compression. However, the new research shows that even though the pumping has stopped, the subsidence hasn’t.

Venice is crowded. Really, really crowded. In August, an average 465,100 day-trippers make their way to the city, on top of the 2.2 million tourists who stay overnight, according to National Tourism Agency figures.
Between April to October, an estimated 32,000 cruise ship passengers disembark in Venice daily, according to the Port Authority.
Venice authorities have been warning the level of tourism is unsustainable. They floated ideas of introducing an entry charge and banning day trippers and huge cruise liners that cause environmental damage and spoil the views.
Ultimately, Venice announced in August they would start redirecting some cruise ships to neighboring terminals. 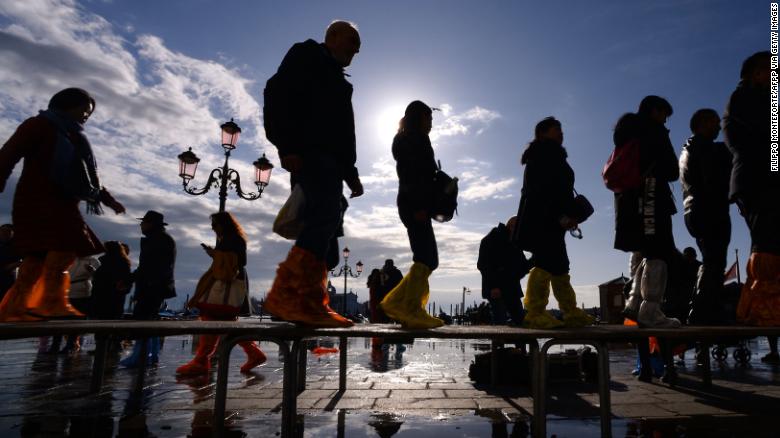 People walk across a footbridge on Riva degli Schiavoni on November 14, 2019 in Venice.

For many locals, the crowds of tourists simply became too much. Just under 53,000 people call Venice their home, about one third of the level it was 50 years ago.
The population is also aging, with youngsters leaving to look for work outside the tourism sector. That is a bad news for the local economy and its future population projections.

TOP Can Handle Press Release Services For You.

Tips to help you choose the best digital marketing agency to boost your tourism sector.

The Role Of Social Media In Online Lobbying.

The significance of influencer marketing.

Buying Unique Photos Online From A Photos Gallery Through TOP.

Where You Can Find Ebooks To Read And Buy.

3 Reasons to Opt with TOP for Online Reputation Management Solutions.

4 Reasons TOP is The Best Option For Online Reputation Repair.

How Advertisers Can Get More Out Of A Site With TOP.