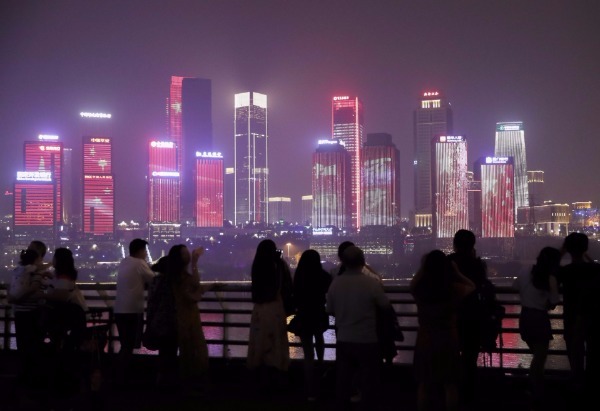 China’s visa-free policy for designated cities is being given a shot in the arm with the announcement that from 1 December, the number of cities will be significantly increased to 23 destinations across 18 provinces.

Since its introduction in 2013, almost half a million foreign visitors have taken advantage of the policy; it greatly simplifying procedures for coming to China for a short period, particularly for business meetings. The subsequent extension to 144 hours meant that short recreational tours could also be enjoyed, without all the hassle of obtaining a visa.

No surprises that the policy was first rolled out in Shanghai and Beijing, to be followed by cities such as Hangzhou, Qingdao, Wuhan, Guangzhou and then, our very own Nanjing.

Later, the visa-free policy came to Shijiazhuang and Shenyang, and from 1 January of this year, the club was joined by Xiamen and Kunming.

The choice for the latest batch of cities is no coincidence. China is keen to promote both tourism and her treasured Belt and Road Initiative. The new club members are significant to both.

Sichuan Province, as an example, is an important part of the Silk Road that is also traditional home to the panda. From 1 December, the capital of Chengdu plus 11 more cities will be added, including the popular tourist destination of Leshan, famed for the giant Buddha statue.

Other cities to receive the policy include Chongqing Municipality, Ningbo and Xi’an, site of the Terracotta Army.

According to news outlet, ECNS, spokesman for the Immigration Administration, Chen Bin, said, “These cities are the key areas of the Belt and Road Initiative. … More opportunities and cooperation concerning business, travel and culture are expected to be brought to the cities as a result of the new policy”.

For those interested in taking advantage of the visa-free policy, it should be carefully noted that the initiative applies only to international transits, i.e. passengers holding connecting tickets to a third country or region. As an example, a passenger travelling from Helsinki to Nanjing and then on to Hong Kong would have the right to exercise a visa-free visit to China.

With Nanjing as the port of entry, the visa-free policy permits travel to all of Jiangsu and Zhejiang Provinces, as well as Shanghai Municipality.

A further restriction is the fact that the visa-free policy is only available to citizens of 53 countries. The Nanjinger recommends to check thoroughly for the latest up-to-date information prior to purchasing tickets, as all kinds of regulations in China change frequently.

With China receiving as many as 36 million foreign visitors in 2018, the ever-growing list of cities offering the visa-free policy has the potential to be a godsend that could provide a much-needed boost to the country’s image abroad.

What You Need to Know About Online Reputation Management (ORM).

3 Reasons To Sign Up With Top Digital Marketing Platform.

3 Reasons That TOP Platform Is The Best Ebooks Hub.

3 Simple Ways To Make Money From Home With TOP.

Earn For Photos By Signing Up With TOP To know more >> https://topphotosgallery.com/ .

Find One Of The Best Ebooks Libraries With TOP

The Best Way To Monetize Your Website And Start Making Money.

How pay-as-you go energy systems could help with access to electricity in Africa.

Trump might not need to hear much to strike a truce with China: Senior official.

Anthony Scaramucci talks to Bill Kristol about trying to force Trump off the GOP ticket in 2020.

Who Is Winning The Offshore Solar Race?.