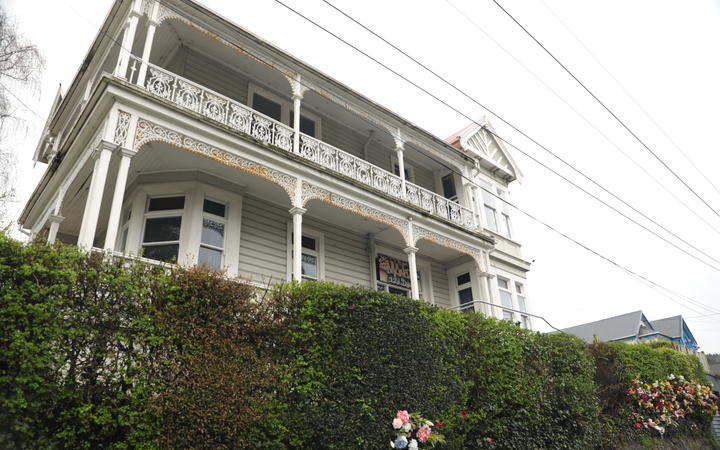 Dunedin students say the flat party culture has grown in response to Otago University acting as the fun police and clamping down on student pubs and bars.

But a leading preventive medicine researcher says flat parties are driven by a proliferation of cheap alcohol and lax liquor laws.

Jennie Connor, from the Dunedin school of medicine’s chair of preventive and social medicine, said any serious attempt to tackle problem drinking in Dunedin’s student quarter would require reform of the Sale and Supply of Alcohol Act, and a hard look at drinking culture throughout the country.

Her comments follow the death of second-year student Sophia Crestani, who was fatally injured as hundreds left a flat party on Saturday night.

It was not long ago that Otago University students, revelling in their new found independence, descended in their hundreds on the big three student pubs in Dunedin – the Gardies, the Bowler and the Cook.

Attracted by the lure of $5 jugs, cheap shots and a warm room, students happily poured into nearby pubs.

Now those student haunts are closed or completely different from their hedonistic heyday. The university now owns the land the Gardies and the Bowler used to occupy.

Flat parties had always been a feature of university life. But Miss Wade said there were now regular big flat parties – with hundreds going along.

“Some flats have traditionally several big parties in a year, but at least once a month I’d say there was a big annual one.”

Such parties drew people from outside the city’s student population and from other parts of the country as well, she said.

“For Agnew [Street Party], our flatmate had some of his friends come down from Auckland and Christchurch to stay here just to go.”

There was a perception the Otago University was waging a war on fun and trying to close down student pubs, which pushed drinking “more underground, which makes it more dangerous”, she said.

Her flatmate, Emma Walker, said the availability of cheap booze from nearby liquor stores meant students were not going to walk from North Dunedin to the Octagon for crowded and expensive bars.

“It’s closer, I don’t have to walk outside in the cold for 30 minutes just to spend an hour in a really noisy club just to go home to get Maccas.”

A 10-year study found far fewer students in Dunedin were drinking in pubs in 2014 compared to a decade earlier.

In the mid-2000s the student pubs were known for their outlandish marketing campaigns, such as the Cook’s all-day binge drinking fest the Cook-a-thon or the Bowler’s promotion offering a petrol-soaked couch and matches.

But rather than the university playing an active role in the demise of the student pub, the Dunedin school of medicine’s chair of preventive and social medicine, Jennie Connor, said the campaigns were a last ditch attempt by bars to hold on to their customers.

“They were not financially viable, it’s got nothing to do with the university,” she said.

“In their desperation to attract more students to their pubs, the Captain Cook, the Bowling Green and probably to a lesser extent the Gardies, they’ve gone to great measures to try and be outrageous and have irresponsible promotions to try and get the students to come and behave in the way they perceived that students should behave and that would make them a living. And that failed.”

The continued existence of student bars such as Starters and Union Bar did not support the argument the university was acting as the fun police, Professor Connor said.

Flat parties had always existed but were now driven by cheap off-site alcohol and social media.

“There’s been a big change in terms of drinking pubs, certainly in the last generation, and that revolves largely around how cheap alcohol is.

“So a generation ago there was no alcohol in supermarkets and of course the purchase age was higher so that flood of cheap alcohol in the university wasn’t there. This is one of the things that applies to the whole population not just the student population.”

The demise of student pubs was more noticeable as students were more price sensitive.

The only way to seriously tackle flat party culture was by increasing the price of alcohol and bringing it more in line with what was on offer at licensed premises, she said.

Dunedin Mayor Dave Cull said the council attempted to put in place measures to reduce alcohol harm in the city, such as restrictions on the number of liquor outlets in the student quarter and the hours the off-license premises could operate, but that was frustrated by outlets including the country’s two supermarket giants successfully appealing the Local Alcohol Policy.

“One is that if you’ve got a local alcohol plan which is designed to allow the community to have its own rules, it’s a farce to have it overruled by Wellington – so it’s not a local alcohol policy at all. And the other is that it would appear that in this country we know the causes of alcohol related harm, so insofar as we won’t do anything about them we’re putting corporate profits ahead of community well-being.”

Professor Connor and Mr Cull wanted to see alcohol reform and a reversal of the liberalisation of liquor laws.

The University of Otago said it would consider wider discussions arising from the death of Miss Crestani once the police investigation was complete.

The Manor, the flat in which she was fatally injured as hundreds left a party on Saturday night, would be leased by the university as a Uni Flat associated with Studholme College next year.

A Way To Promote Foreign Direct Investments Thanks To TOP Platform.

3 Reasons to Consider TOP for Any Press Release Project.

Where To Start For Trying To Make Money Online As A Trender.

THE ROLE OF SOCIAL MEDIA IN ONLINE LOBBYING.

5 Great Services You Can Find With TOP Platform.

You Need TOP Online Reputation Building Today For These 3 Reasons.

How To Get Fast Google Reviews Online.

5 Reasons To Go With TOP for All Online Reputation Repair.

4 Benefits To Partnering With TOP Platform For Translation Services Work.

3 Simple Benefits for Advertisers to Registering with TOP.