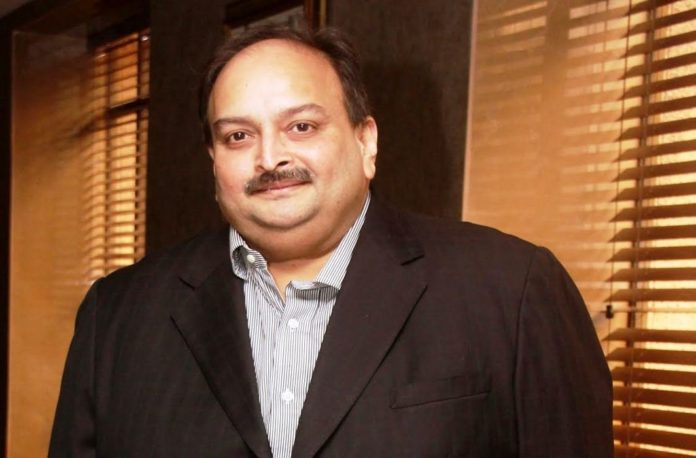 Reportedly, Antigua and Barbuda Prime Minister Gaston Browne told the Antigua Observer, a local news outlet, that after exhausting all legal options, Choksi will be extradited to India.

Browne indicated the possibility of revocation of Choksi’s citizenship which will automatically lead to his extradition to India to face trial in the case.

Browne reportedly told the news outlet his country will not be a safe haven for criminals especially for those involved in financial crimes.

“Choksi’s citizenship was processed, he got through. We do have recourse, the reality is that his citizenship will be revoked and he will be deported to India,” the Antigua Observer reported Brown as saying.

Browne in connection with the time-frame for Choksi’s extradition, reportedly said that his government will allow the due process, as the matter is before the court.

“Criminals have fundamental rights too, and Choksi has a right to go to court and defend his position. But I can assure you, after he has exhausted all of his legal options, he will be extradited,” added Browne.

External Affairs Minister S. Jaishankar, when asked on reports in connection with Antigua revoking Choksi’s citizenship, reportedly said he has no information on the matter and would like to refrain from any comment.

Choksi fled India in January last year and six months later, he had acquired Antigua citizenship. The process of the citizenship was formally completed two months before the PNB scam emerged.

As a consequence originating from the apparently legally acquired citizenship, the Antigua government sought details in connection with cases against him.

Last week, the Enforcement Directorate (ED) rejected a plea by fugitive Choksi that he should be questioned in Antigua because of his health condition and said it can arrange air ambulance with medical experts to bring him back to India for interrogation in connection with the PNB fraud case.

Choksi had moved the Bombay High Court and said that he is willing to join the investigation if his questioning was held in Antigua or via video conferencing in the light of his medical condition. But the ED rejected his plea and said that he has to return to India for questioning.

“Taking a humanitarian approach, the ED is ready to provide an expert medical team along with an air ambulance to bring the petitioner (Choksi) from Antigua to India under the proper medical supervision,” the ED said in its counter-affidavit filed in the Bombay High Court.

Choksi has also said that he has left India for his medical treatment abroad and not to avoid prosecution in the case. Countering his submission, the ED told the court that the best medical facilities are available in India and would be provided to Choksi if he returns to India.

The 59-year-old Choksi has refused to return to India, apprehending “mob lynching”.

Journalism is an immense power, that threatens soon to supersede sermons, lectures, and books.  – Theodore Tilton –  Visit THE ONLINE PUBLISHERS to offer your services as a journalist.

Where You Can Get Paid As A Social Media Influencer Online.

Benefits of Digital Marketing to Your Business.

Where To Get Great Ebooks For Reading. To more onlinelobbying.com.

Earn For Photos By Signing Up With TOP To know more >> https://topphotosgallery.com/ .

Find One Of The Best Ebooks Libraries With TOP

One Step To Getting Great Online Reviews.

4 Reasons to Go With TOP When Searching For Translation Service Help.

How & Where to Gamble When Travelling in the Middle East.

Hiccups in a newborn could mean their brains are developing say researchers.

Prada will host its Resort 2021 fashion show in Japan.

How to find out if you’re eligible for Italian citizenship by descent.