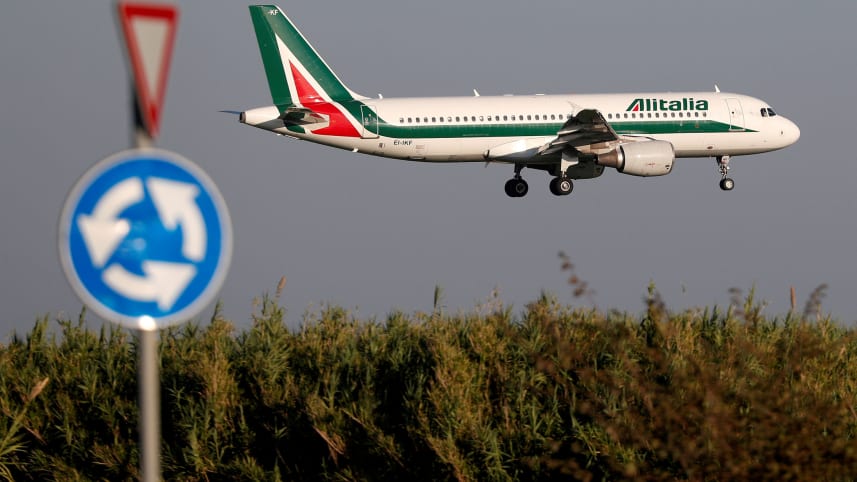 The internet and smartphones have revolutionized travel planning, taking it out of the hands of travel agents and letting users book their own flights and hotel reservations. But the plethora of options can create as many headaches as it does conveniences.

Travel-tech 2.0 aims to do something about and Israeli startups are playing their part. Their innovations were on display Tuesday at the fourth annual Travel Tech Israel conference at the Peres Center for Peace and Innovation. The event aims to link up local startups that have a product and service that could be used by global travel companies.

“The travel industry has to constantly reinvent itself,” said Rom Hendler, founder and CEO of Tel Aviv-based InnoVel, which is sponsoring the conference. “In everything connected with enterprise, innovation and technology, Israeli startups are at the cutting edge.”

Hendler knows the business well: Before setting up his firm, which serves as a matchmaker between travel companies and Israeli startups, Hendler was a top executive at the U.S. resort company Las Vegas Sands Corporation. He divides travel-tech into two categories.

The first is the smaller category of startups whose technology is designed for airlines and hotels. Among those on the Israeli scene are Roomer, a platform that enables users to get out of non-refundable hotel reservations by selling them on the site. Another is Refundit, whose app speeds up the process for tourists of getting refunds on the value-added tax the pay overseas. Right now, the service is only available in Belgium.

The second comprises thousands of startups that offer generic tech for cybersecurity and insurance applications.

“With small adaptations they can be adapted to the world of tourism and that’s where there’s a lot of potential, Hendler said. “There are many, many companies like these that have no access to the tourism industry so they can’t make any headway in it.”

Thus the conference is not only to put Israeli tech on display but to introduce startups to the potential of developing products and services to the industry. Here are some of the most interesting startups.

The startup uses advanced machine learning to process variables such as flight schedules, weather forecasts, fare changes and delivery schedules and then uses the data to assess risks for air travel.

Setoo doesn’t provide health insurance but coverage for the travel itself, for instance missed connections, lost luggage or flights cancelled due to weather. It will even insurance traveler against a sporting event or Broadway show being cancelled at the last minute.

Setoo’s policies, which are offered on travel websites like Lastminute.com and Omio, are tailored for each policyholder. Another advantage is that claims are paid out automatically. For instance, in the case of a missed connecting flight, the policy holder automatically gets a text message by smartphone informing him or her the claim has been paid and suggests alternative connections.

The company’s platform enables friends and family members to jointly plan a vacation together. The site suggests destinations and enables all those joining to make reservations at once after deciding via an online chat with the aim of getting everyone onboard to a plan quickly and easily.

“Instead of a user who’s interested in a particular hotel having to send information about the hotel to all his travel partners wait for them to look at it and respond, and do that over and over again, with each hotel, they can look at all the options together, each on his own device,” explains the company.

The service is available in Israel through the websites of Mona Tours and Smartair and in South Africa on Travelcheck. The user enters the travel sites picks a flight, hotel and package deal and the clicks on an on-screen button “invite friends.”

Save a Train’s applications and website enable users to order train tickets in different European countries, including domestic journeys and trips between countries. The startup began offering the service in France in 2016 and expanded to countries like Italy, the Netherlands, Australia, Germany and Norway the following year.

Founder Udi Sharir says the company has recently signed a contract with China Railway, “By the end of the year we will be offering 70%of all the seats on the world’s railways. We have today contract with the United States, Canada, Russia and Japan and we’ll begin operations with them in the coming months.”

Servicefriend offers an interface for online business-to-customer text conversations that combines artificial intelligence capabilities (bots) with human representatives. The service can be done in various communication channels, such as WhatsApp, SMSs and Facebook.

“The beauty is that the customer doesn’t known when a real person is writing him or when it’s a machine,” said Shahar Ben-Ami, CEO and co-founder of the company. “It’s a kind of mixing that gives the consumer the feeling that he’s dealing with a personal travel agent providing service at the highest level.”

One of the first travel-industry companies to use Servicefriend is Israel’s El Al Airlines. “If we succeed in our task, customers will be able to turn to any travel provider and simply start a conversation. The service they will be like it’s their best friend is the company’s vice president of sales and it handling their request.”

The company’s ultimate goal isn’t just to minimize the role of human call centers but eventually to dispense with them entirely. In the world of corporate travel, Sharir sees the Servicefriend bot eventually replacing human travel agents. “In the world of personal travel, it will be able to replace all telephone contacts, with a few unusual situations, or in a case where the customer asks to be called back.”

“Today there’s no global cross-border site that enables you to book accommodation at camp sites,” said Ido Perry., the startup’s founder. “There are only local sites, most of which don’t let you book online. They post prices and you can send an e-mail to the camp site and then wait for an answer. We want to change that.”

The site was launched a year ago and right now operates only in Italy and Australia. In another month it will be adding Portugal and other markets we’ll be following.

“It’s a very big global market worth about $24 billion a year,” he said. “We’re looking to enter Britain and Germany but it’s hard work – we’re only a few people and have almost no capital. We’re talking about entering the Israeli market but haven’t closed anyting yet.”

Ways For Social Media Influencers To Make Some Money.

EVERYTHING BUSINESSES NEED TO KNOW ABOUT FOREIGN DIRECT INVESTMENTS.

Benefits of Foreign direct investment to the recipient country.

3 Reasons To Think About TOP For Online Reputation Building.

2 Reasons All Online Reviewers Need To Be With TOP.

3 Ways To Get Success With Freelance Jobs On TOP.

2 Good Reasons To Consider Getting Translation Help From TOP.

Norway to allow dual citizenship from 2020.