Latest Articles
Home News These five countries are making positive global contributions to the planet and climate, according to the Good Country Index. 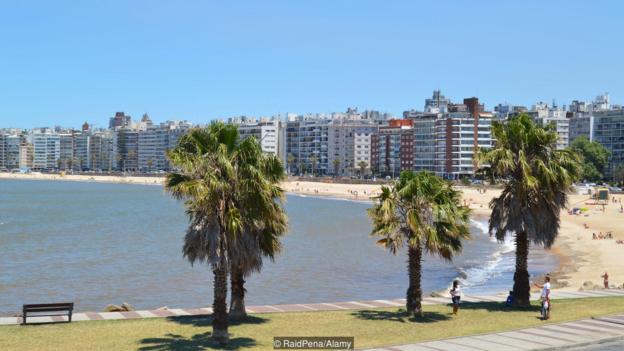 These five countries are making positive global contributions to the planet and climate, according to the Good Country Index.

The latest climate reports look grim: recent research published in Science journal indicates that oceans are warming 40% faster than previously thought, while the UN panel of climate-change scientists released a landmark report in October 2018 warning that rising temperatures may cause major flooding, droughts, food shortages and wildfires by 2040 unless drastic action is taken.

While the global community still has a long way to go in addressing the reported climate changes, certain countries have emerged as making positive global contributions to the planet, according to the Good Country Index, which aims to measure the impact a single country has on the wider world, such as its ecological footprint relative to the size of the economy and the percentage of renewable energy used.

“In our age of advanced globalisation and massive interdependence, everything sooner or later, has an impact on the whole system,” said Simon Anholt, an independent policy advisor who founded the index. “I wanted to create the first index that measured the external impact of each country on the whole of humanity, the whole planet, outside its own borders.”

You may also be interested in:
• What it’s like to live in a well-governed country
• Five countries that set world culture
• The world’s most adventurous countries

European countries dominate the top 10 on the Planet & Climate portion of the Good Countries Index, but nations around the world are making strides to reduce their negative impact on the environment. We spoke to residents in five high-performing countries and asked what it’s like to live in a place that’s doing more to save the planet.

Norway tops the Good Country Index list of countries that have made positive contributions to the planet and climate (Credit: imageBROKER/Alamy)

Topping the list for contribution to the planet and climate is Norway, which has led the world in a number of environmental initiatives, including the highest electric car adoption in the world and a governmental pledge to be climate neutral by 2030. But the relationship with the natural world here goes well beyond policy. Norwegians embrace the concept of friluftsliv, which translates to ‘open-air life’ and conveys the importance of spending time outdoors to be healthy and happy.

“It’s a really deeply rooted part of our culture, and something that’s almost like a religion for a lot of people,” said Norwegian Axel Bentsen, founder and CEO of Urban Sharing, the company behind the popular bike sharing programme Oslo City Bike. “We spend time outdoors in all weather, and our babies even take naps outdoors. Our capital, Oslo, is unique in that you can actually take public transit right out into the forest, so it’s a popular thing to do before or after work.”

Oslo was named the 2019 European Green Capital by the European Commission for restoring its waterways, making investments in cycling and public transportation and for its innovative approach to climate budgeting (making carbon dioxide emissions a trackable metric just like financial funding). The city has also worked to become car-free in its centre. “Over the past year, it’s been great to see the city remove parking spaces to allow for more pedestrian and bike-friendly areas, while the biking infrastructure has also been improved with more bike lanes,” Bentsen said.

Though 99% of Norway’s domestic energy is sustainably sourced through hydropower from its coastline, fjords and waterfalls, Norway is still a major oil extractor and exporter, which has become a controversial political issue.

“Is the continued extraction and export of oil and gas worth it because it generates the huge sums of money being spent on environmental infrastructure that wouldn’t otherwise be available?” asked David Nikel, a British expat who has lived in Norway since 2011 and blogs at Life In Norway. “Many think [the money spent on environmental infrastructure] will inspire other cities and other countries, and eventually lead to a greener world. Others think it’s a double standard. It comes down to which side of the equation you fall on.”

Coming in third for its contributions to the planet, Portugal was an early leader in investing in a full network of charging stations for electric cars (which was free until just recently), and has incentivised citizens to install solar power and renewable energy with lower rates and the opportunity to sell energy back to the grid.

“Most of my neighbours either have solar panels or a water pump. In my house, my parents installed this pump that turns rainwater into clean water [that] we use mainly to water our plants, wash clothes and give water to our pets,” said Mariana Magalhães, originally from Portugal who now lives in the UK and is a communications manager at branding agency Forty8Creates. She also noted it was shocking to see so few electric car chargers in London, compared to how many there were even in her small rural town.

Recycling and composting is a normal way of life here, with specialised bins in every neighbourhood, including one for batteries. Education has played a big role in making everyday green efforts a reality. “In high school, we had a lot of classes on environmental education and we frequently had classes in a local park to build into us the love for the environment,” Magalhães said.

Portugal was an early leader in investing in a full network of charging stations for electric cars (Credit: Sunpix/Alamy)

Portugal has long been an agrarian society that has made use of its abundant natural resources. “On the border between Portugal and Spain in the north, you can see the mountains filled with wind renewable energy machinery. You can also see [hydroelectric dams] on the lakes to collect energy from the water,” Magalhães said.

“We have natural conditions that favour the use of renewable energies,” added Joana Mendes, manager of Molinum bed and breakfast in southern Portugal. “Since they are cheaper, we gradually changed towards them.”

In the hilly capital of Lisbon, bicycle adoption isn’t as strong as in other European capitals, but other sustainable modes of transportation are starting to take off. “Electric scooter rentals were introduced in Lisbon, and they have become a huge hit,” said American Wendy Werneth, who has lived in Portugal for two years and blogs at The Nomadic Vegan. “Lisboetas have really embraced the electric scooter as an eco-friendly way to get around town.”

Ranked highest of the South American countries in the Planet & Climate index (coming in 15th) and consistently named one of the most ethical destinations for its social and environmental policies, Uruguay has become a global leader for renewable energy – as much out of necessity as respect for the planet.

“Uruguay has no oil reserves and was spending a lot of money importing the commodity. So, we began to replace oil-based fuels with clean energy, which has been achieved in less than a decade,” said Uruguayan-American Lola Méndez, who blogs at Miss Filatelista. Today, around 95% of electricity is from renewable sources, mostly from hydroelectric power, but also supplemented with solar, wind and biofuels. “In 2012, Uruguay was only operating at a level of about 40% renewable energy, so this is a drastic change in a very short time frame,” Méndez added. The commitment paid off, as the small country received global attention during the 2015 Paris Agreement for making the dramatic shift, all without government subsidies.

Uruguay is consistently named one of the most ethical destinations for its social and environmental policies (Credit: RaidPena/Alamy)

Beyond the economic incentives, residents have forged a strong connection to the land over centuries. “Uruguayans have always loved and respected Tierra Madre,” Méndez said. “From the indigenous Charrúa tribespeople to the gauchos who raise the country’s millions of cows and sheep, living off the land is always how Uruguayans have prospered.”

Public transportation (mostly powered by electricity) can be found in most major cities, and the Carrasco International Airport in the capital of Montevideo is also close to being fully sustainable with a solar photovoltaic (PV) installation, the first airport in Latin America with a PV power plant.

With increasingly extreme weather patterns and more frequent droughts, Kenya has already experienced the initial effects of climate change. In reaction, the government is working to protect its heavily agricultural economy, launching a Climate Change Action Plan and committing to reducing greenhouse gas emissions by 30% by 2030.

Another effort that has helped Kenya reach number 26 on the Planet & Climate index is its recent plastic bag ban to protect the county’s waterways and local environment. The ban has become one of the strictest in the world, carrying threat of jail time and heavy fines if residents (or even tourists) are even seen carrying one.

It doesn’t always take governmental intervention to protect the environment, however. “Local communities here have traditional environmental protection systems in place, and those traditional systems work too,” said American Faye Cuevas, who is based in Nairobi and is senior vice president at IFWA (International Fund for Animal Welfare). “The Maasai Loita Forest is an example – it is one of the few remaining indigenously managed forests in Kenya and it is pristine, largely because of the local rules and traditional systems in place to protect it.”

Family and the environment can’t be separated for the Maasai, an indigenous ethnic community in southern Kenya and northern Tanzania. “When you hear Maasai people greet each other, the greetings happen in a series of exchanges. First, they discuss the environment – rainfall, grass health, water. Then, they discuss cattle. And, finally they inquire of each other’s family,” explained Kenyan John Kamanga, a Maasai elder and director of SORALO Conservancy in Kenya’s South Rift Valley. “The same set of traditional principles are used to manage all life – lack of a healthy environment means no cows, which means no kids, which means loss of traditional culture and an ancient way of life.”

Ranked 39th in the Planet & Climate index – making it a leader in the Asia-Pacific region – New Zealand takes the protection of its natural resources very seriously, particularly because its agriculture- and tourism-based economy depends on it.

New Zealand ranks 39th in the Planet & Climate index, making it a leader in the Asia-Pacific region (Credit: eye35/Alamy)

“Our country is known worldwide as ‘Clean Green New Zealand’ and we attach our identity to that,” said Brendan Lee, originally from New Zealand who blogs at Bren on the Road. “Kiwis are very proud when visitors tell us our nature is beautiful, our country is beautiful.”

Due primarily to the methane emissions from its large cattle and sheep farming industry, as well as its growing energy industry, New Zealand is among the top carbon emitters per capita. But the country has created a cross-party coalition of parliamentary leaders to create Net Zero in New Zealand, a plan to map the policies needed to reach carbon neutrality by 2050.

“Plastic bags are now banned from supermarkets – you don’t see plastic straws and it’s trendy to have a good-looking reusable drinking bottle,” explained Brit Jess Tonking, who now lives in Queenstown and works at sustainable active-wear brand Sundried. “I consider the environment far more now since living in NZ. I recycle everything here, I’ve reduced the animal products I buy, and I would like to think I live a more sustainable lifestyle.”

Due primarily to the methane emissions from its large cattle and sheep farming industry, New Zealand is among the top carbon emitters per capita (Credit: DPK-Photo/Alamy)