Love Broadway Theatre? Why You Need To Visit Chicago

Chicago is a cradle of live theatre. It’s the U.S. city that nurtured the birth of improv; launched the world-renowned Lyric Opera, and boasts having five Tony award-winning musicals running concurrently. With more than 250 professional theatre companies, the city ranks third (after London and New York) in terms of the vibrancy of its theatre scene.

This year, Mayor Rahm Emanuel and the League of Chicago Theatres announced 2019 as the “Year of Chicago Theatre,” inviting residents and tourists to fully experience the wide range of innovative talent on display in venues across the city.

The kick-off event, It’s Showtime, Chicago – A Celebration of Chicago Theatre will take place at the Chicago Cultural Center on Monday, February 11. It will be held in conjunction with Chicago Theatre Week (February 7-17), during which time more than 120 participating shows will offer tickets for $15 or $30 (or less).

As President of Broadway in Chicago, Lou Raizin has played a pivotal role in transforming the city into a mecca for theatre enthusiasts. Forbes.com spoke to Lou about his production company, its relationship to Broadway and the role it plays in bringing visitors to Chicago. 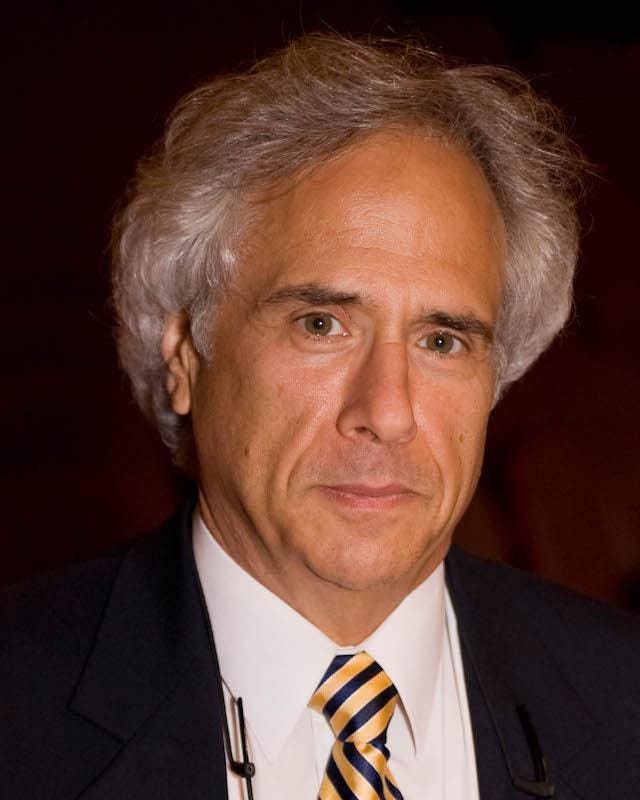 What is “Broadway in Chicago?”

LOU RAIZIN: Broadway In Chicago was created in 2000. Prior to that time, Chicago had only one commercial theatre operating in the city and now it’s the third most important city in the world. Broadway In Chicago lights up the Chicago Theatre District, entertaining well over 1.7 million people annually in five theatres. We present a full range of shows, including musicals and plays, on the stages of five of the finest theatres in Chicago’s Loop including the CIBC Theatre, James M. Nederlander Theatre, Cadillac Palace Theatre, the Auditorium Theatre and just off the Magnificent Mile, the Broadway Playhouse at Water Tower Place. 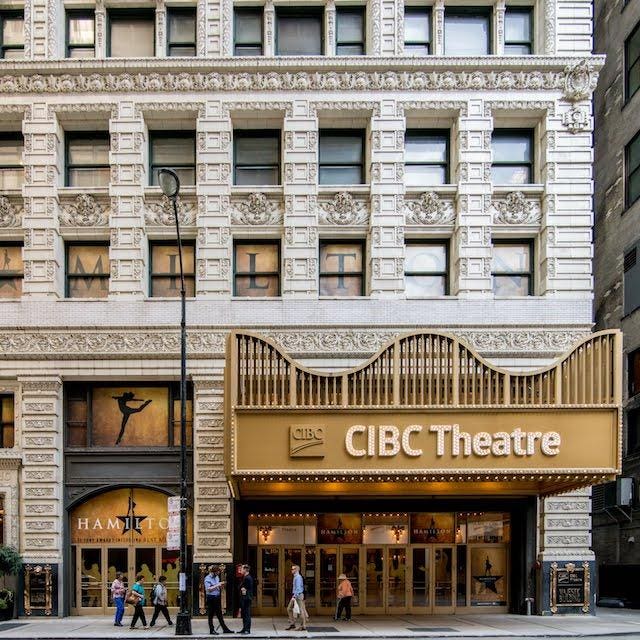 How did you get involved with the organization?

RAIZIN: After working on high school musicals, I began my career in the music business with a summer job between high school and college as an usher at Pine Knob, a 10,000-seat amphitheatre outside of Detroit. Pine Knob was the first amphitheatre owned by the Nederlander Organization and led the way in transforming the outdoor concert business from one-off outdoor concerts and intermittent festivals into a touring industry. Within three years, I went from usher to managing the venue. From there, I went on to operate, develop and oversee seven large-scale venues until we divested our amphitheatre holdings to what is now Live Nation.

What is the complementary relationship between Broadway theatre and theatre in Chicago?

RAIZIN: Broadway in Chicago owns and operates five historic venues in the city. We are the number one touring destination for Broadway shows as well as the host to more pre-Broadway and long-run productions than any other city besides New York.

Our pre-Broadway shows, including The Producers, Spamalot, Movin’ Out, The Addams Family, Kinky Boots, On Your Feet, The Spongebob Musical, The Cher Show, Pretty Woman and Tootsie, have brought and introduced top creative talent to Chicago. Plus, our long-run engagements such as Wicked, The Jersey Boys, Disney’s The Lion King, The Book of Mormon and Hamilton, to name a few, give employment opportunities to local and Broadway creatives, tradespeople, and actors.

This fall, we will be introducing another pre-Broadway musical, Don’t Stop ‘Til You Get Enough. Inspired by the life and music of Michael Jackson, the show will run October 29 – December 1 at the James M. Nederlander Theatre.

What role does the theatre play in the city’s economy?

RAIZIN: Broadway In Chicago brings an economic impact of over $850 million annually into the city and state of Illinois. It also supports more than 9,200 local jobs. It is the third most important city in the world for commercial theatre, with over 50% of our audience for our long-run shows coming from 100 miles away or more. These patrons stay in hotels, eat in our great restaurants and ride in our cabs while enjoying all the other great assets the city has to offer.

Broadway In Chicago and the 250 theatres that make up the League of Chicago Theatres are a big part of what makes Chicago Chicago. Culture is the driving force for tourism and theatre is a big part of it, from intimate storefront theatres to our five regional Tony Award-winning theatre companies to Broadway In Chicago’s five large-scale commercial theatres. I serve as treasurer and am on the executive committee for Choose Chicago, the city’s destination marketing organization. During The Year of Chicago Theatre, we look forward to setting a new tourism record, breaking our 2018 record of just under 58 million visitors.

What are your hopes/expectations for the Year of Chicago Theatre?

RAIZIN: We need to take this moment to tell the world what we already know. We are inviting them to experience theatre in Chicago to help them understand what being touched by art and culture is all about. We hope to introduce visitors to all of our start-up theatrical companies. We consider Chicago the Silicon Valley for theatre. Our ultimate goal: To share the magic that happens on the stages of Chicago every night in every part of our city.

Why would tourists want to see Broadway shows in Chicago?

RAIZIN: Chicago’s rich cultural offerings are what drives tourism in the city and that includes our pre-Broadway runs, as well as longer-running engagements like Hamilton. Outside of New York, Chicago has the largest theatre scene in the country and Broadway In Chicago, operating 52 weeks per year, is a large part of that draw. Tourists find the cost of theatre less expensive and that seats are more readily available. 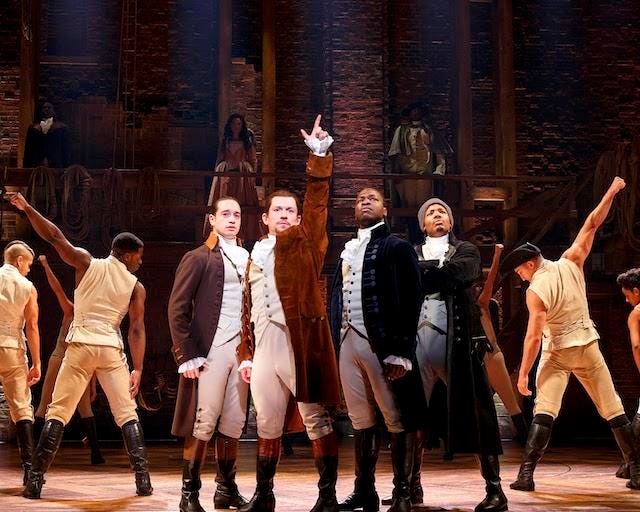 The company of Hamilton ChicagoJoan Marcu,

In addition to theatre, Chicago is the home of world-class attractions, including the Art Institute and other museums, Chicago Symphony Orchestra, Lyric Opera, Millennium Park, parks and beaches, and great architecture.

One of the creatives who came to Chicago to mount a pre-Broadway production, a diehard New Yorker, said, “Chicago is New York run by the Swiss,” where people are friendly and the city is clean.