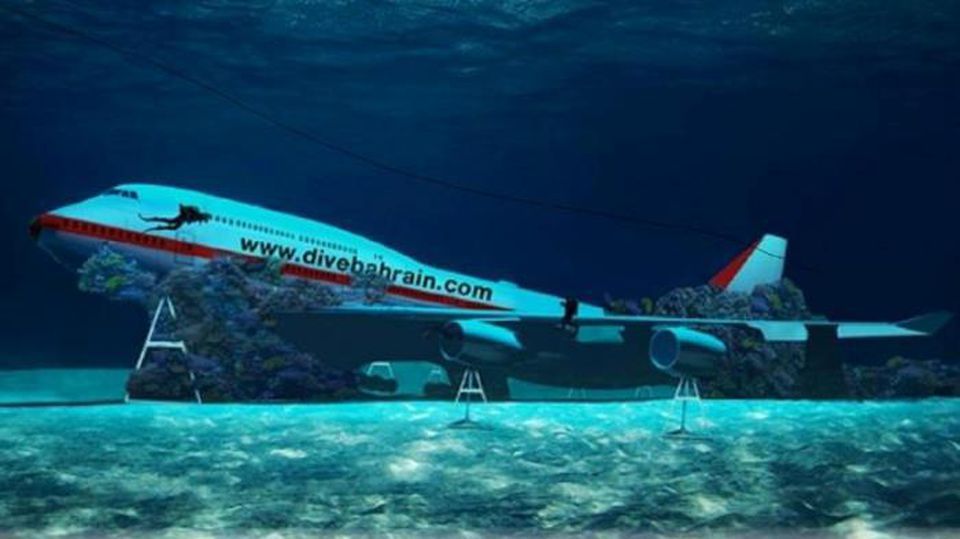 Located between the Qatar Peninsula and the Eastern Coast of Saudi Arabia, the Persian Gulf country has been booming as one of the friendliest Arab countries for foreign tourists to visit. Aside from its famed forts and the 400-year-old Tree of Life, the tourism sector is growing at a fast pace. And now, Bahrain’s President of the Supreme Council for Environment, Sheikh Abdullah bin Hamad Al Khalifa, partnered with the Bahrain Tourism and exhibitions Authority as well as private investors to create the extravagant new dream project.

The premiere diving site will offer up the largest submerged airplane in the world and will be the focal point of the diving attraction. Other features will include a submerged replica of a traditional Bahraini pearl merchant’s house, artificial coral reefs and other sculptures that have been placed underwater as a safe haven for coral growth and as a habitat for marine animals according to the Council.

The project will hopefully attract diving enthusiasts from around the world, as well as help researchers, looking to obtain information and data on marine ecology and biology. The UAE also announced plans last year to create the largest coral garden in the world along the coast of Fujairah. Expected to break the Guinness World Record, it will provide a safe place for biodiversity to rehabilitate ecosystems.

This announcement comes on the heels of another theme park for women only. The AlHokair Time AlAzizyah in Al-Khobar city features a Snow Forest, with skiing, snowball events, and camping as well as a Sky Zone trampoline park. 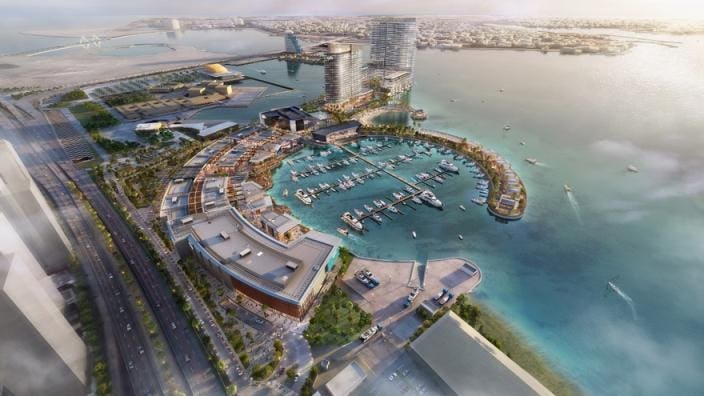 Shangri-La Hotel and Marina in BahrainShangri-La

A massive influx of development catered to the tourism sector includes more than $20 billion of hotel construction contracts including projects such as The Address Harbour Point, MGM Resorts and Warner Bros hotels in Dubai, and Marriott Resort Ras Al Khaimah. Also, a new passenger terminal at Bahrain International Airport will help strengthen demand for new tourists with more international flights added.  22 new hotels will also be launched over the next three years as well as five new beachfront properties along Bahrain Bay.

One of the most exciting new projects is the 250-room Shangri-La Hotel, with 150 suites, eight beach chalets, and 21 waterfront villas opening in 2022. The property will be part of the Bahrain Marina waterfront development and will include a marina and yacht club.

The upscale Bahrain Bay area already includes such high profile properties as; The Four Seasons, The Domain, Le Meridian, Ritz-Carlton, and the Intercontinental.